If you have been a fan of the boxing, you will definitely love Head Boxing – a game by D&D Dream Corp. Although the game Head Boxing is a new title on the Play Store in boxing niche, however, the Head Sports franchise is a well-known name that has got a number of titles under its belt including Head Basketball and Head Soccer.

So if you want to enjoy some satisfyingly violent boxing game on your Samsung Galaxy S7 | S8 | S9 | Note 8, then here’s what Head Boxing Game is about.

Head Boxing, as the name suggests is a boxing and fighting game that features some little fighters from all around the globe. Don’t let their looks and innocence fool you as these tiny little boxers mean business and they are not afraid to break your bones just to prove a point.

This game is a fast-paced and 2D fighting game with combos, parries, power skills and much more. The best part of this game is that it offers smooth and realistic boxing physics with the bone fracture system and even death mode. With its simple playing modes and easy to control moves indicates that unlike Street Fighter or Tekken brawlers, this Head Boxing is skewed at newbies and youngsters in order to offer some fun while fighting and violence.

In addition to that, the Head Boxing also features some really exciting features that you’ll love. These features include:

Just like any other high-end fighting and boxing game, Head Boxing also features a number of attacking and special skills for each character playing so that he can earn special points and make an impact in the boxing ring. In addition to punching, you will see a number of gross-out bone breaking animations and facial damage as well. That all violence – fun and satisfying!

2: A Number of Gaming Modes

Not only this, you will also find a number of gaming modes as well in the Head Boxing. These mystical gaming modes include an Arcade one, a championship mode, survival mode, death mode and a league mode as well where more than one players can create their own league and can play together.

In order to catch the interest of the players, the Head Boxing also included a number of unique avatars to get. There are tons of customization options so that you can dress your character up and make him look like a boss in the boxing ring. 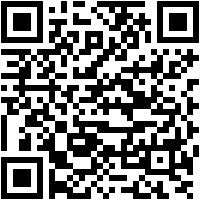 Not only this, there are also pet breeding and item collecting shop where you can buy your favorite pet and items to customize your character and upgrade the system. Besides this, the game also offers more than 100 achievements daily so that you can get yourself glued to the game for hours. So head over to Play Store and get this game downloaded.