If you want to become a hero and you have some heroic traits shining among yourself, Taichi Panda HD RPG Game APK for Samsung Galaxy S7 Edge / S8 Plus / Note 8 is made for you. The game, developed by Snail games will give you every chance to show your heroic characteristics and become the King in the Pandas! Make sure to check out Best Wireless Game Controllers to Play this awesome game.

The game is full of action and will bring you to the world of bloodthirsty demons, giant pigs and some random bad guys that you will fight, of course, as a hero to carry out peace all over again.  But along with such a good story line and playing mode, the game offers much more to the gamers to keep the action going on.

Here’s all that you need to know! So as mentioned earlier, the story of the game revolves around vanquishing evil from the world, but not only that, the game is centered around the swift destruction of enemies, while collecting the stuff and banding them together with others, in order to obliterate even stronger enemies coming your way.

The game is absolutely free to play and is available to play on both Android and iOS and will not beg you to buy anything. It begins with the players signing up for a Snail account to save progress and to choose from a variety of options for the players’ ease. After signing up, you will get the following features:

If the graphics of the game are not pretty, no one cares what’s inside. And this, Snail games know well, so offer a gorgeous game with fascinating graphics to amuse its players while offering a great gameplay. So be ready, because this thrilling action adventure game offers 3D graphics with full- body motion capture technology for your own good.

To keep the action going on, the Snail Games offer 8 distinct heroic characters to choose from. Each hero has its own capabilities and skills, so you need to master them one by one to slash through the opponents and to become the one true champion of Avzar.

With the unique levels, wielding blades, magic and fists to bash, unleash the hero hidden inside you and fight all the evil that lies within the world. Find your strength, collect and upgrade your weapons and show them who’s the boss.

The best part of this game is that it allows the players to join the community all across the globe while allowing them to battle online with other players. There are online battles for your skills and different arenas to fight within. So rise to the top and become the King of Pandas! 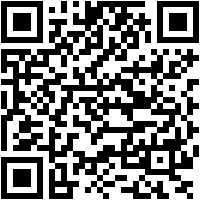 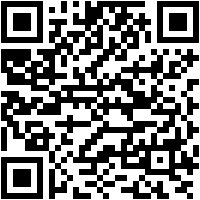 So with the flawless graphics and amazing gameplay, Taichi Panda APK is the one game every gaming fan has been wishing for. The game offers a constant flow of event and the online multiplayer option to become your favorite one. So what are you waiting for? Go get it on your Samsung Galaxy phones now!