When it comes to brain games, only a few titles on the Play Store managed to get our hearts. If you think we are talking about “Cut the Rope”, you have got us right. The game has got its own perks and that is the reason the game has become of the most popular brain game all across the globe.

Heart Box is a similar game that takes its inspiration from “Cut the Rope” and has the same mission. In this title, you have to destroy the objects and make use of physics to move the smiley robot into the red container at the end of each level in order to proceed. The game is quite easy but it becomes difficult as it progresses. So here’s what you need to know about the Heart Box for Samsung Galaxy S7 | S8 | S9 | Note 9 | S10.

The thing that makes a game great is its storyline. Heart Box has featured quite a strong storyline that makes it one of the best games on the Play Store. The game revolves around the character Professor Rat who have created a Robot called Robby but gave him a weak battery that dies within a few minutes. That is why you have to make use of your brain and physics in order to recharge the battery of Robby and make him participate in crazy experiments.

Besides this great story, the game has got some pretty amazing features that you will love to discover. We have briefly listed them below:

You might be underestimating the game but it is not that easy. It might start as an easy game with the convenient most strategy but the difficulty of the game increases as the level proceeds. The game has featured more than 180 different levels with increasing difficulty that makes it one of the most interesting and brain tantalizing game on the Play Store. Not only this, each level has some optional challenges you can try to complete on top of the main objective.

Not only the game has got a number of levels, it also has different playing modes that can make you stick to the screen of your smartphone for hours. There are 4 gaming modes that you can play in including the Arcade mode, survival mode, Time mode, and Bathe the Ducky Mode which has its own perks and disadvantages.

The best part of the game is that it offers some really amazing physics that will make you scratch your head. Look at how the different objects, platforms, and obstacles are positioned and consider how destroying one could affect the path of the box. 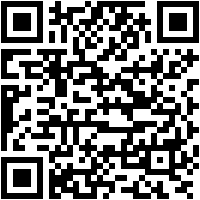 In addition to this, the game has a great playability that will keep you entertained for hours. So can you become the master of the heart box?