Max Payne for Galaxy S7 has finally arrived on the Play Store. Max Payne is the second best hit on the list of the HD games after GTA Vice City and there is the reason for this. The first reason for Max Payne being so much popular is that, it is from the makers of GTA, Rockstar. And the other reason is its amazing features that it offers. So here, I have brought for you a review to Max Payne Game for Samsung Galaxy S7 or Galaxy S7 Edge.

When we talk about the gameplay, this game is something that has brought about revolution among the third person shooter games. Max Payne S7, the game, has the similar gameplay with the desktop and iOS versions.  However, its stylish slow motion gunplay in the android have made additional popularity to this game along with its some other features. With the plenty of mindless shooting, there are many small puzzles and mechanics that have influenced the gaming nerds to get addicted to this game. However, you have limited bullet time that gets charged with your potential of killing your enemy. In addition to all of this, the game offers you to have:

Now if you are wondering whether to buy this game or not, the game is worth purchasing if you have Smartphone like Samsung Galaxy S7.  The game comes with good storyline, excellent sounds, graphics and great variety of weapons. But if you are a newbie to touch, this game would probably less enjoyable. It is recommended to play this game with the Wireless Gamepad for best gaming experience. 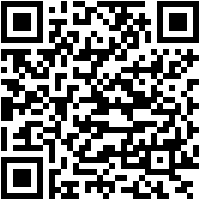 Looking to have Modern Combat 5 Game on Samsung Galaxy S7 or Edge? You ought to read its review to make your final decision. Modern Combat 5 is an HD first person shooting game that is published by Gameloft on Google Play Store. The game is all about a terrorist who stepped into a battlefield to shoot people and remind them that he is a bad guy. He just loves to blow off the stuff that sounds a good thing for the shooter like me and of course, like you.

The best part of the game is its different classes through which you can choose your customized class that you can level up across. You can have plethora of weapons that can aid you in shooting in your own style. Along with this, the game have also High Definition graphics, with the excellent sounds and color contrasts that can indulge the player in the environment of anarchy  and chaos.

The only lack for this game is its controls, that the game developers boast to have highly customized ones but on a touch screen, it is not fun. The precision of the auto aiming and generous hot boxes is completely inaccurate that can spoil the fun of the whole game.

In a nutshell, the Modern Combat 5: Blackout for Samsung Galaxy S7 or Galaxy S7 Edge is the fun game but with a controller. The game is completely free that is the refreshing thing to play a HD shooting game for free. So, you should choose this game only if you have Wireless Gaming Controller along with you.