.Those days are gone when you need the hard copy of everything to read and present your work, either official or domestic, thanks to the advancements in technology that have replaced the hard copy world to the digital world. Information can be stored and digitized in the virtual documents, especially with the introduction of Best OCR Apps for Samsung Galaxy S10 Plus in the market. These apps help the users to convert the images into the text forms so that you can maintain a soft copy. After all, it’s the 21st century and going paperless is the utmost priority of the users. So, if you also want to go paperless, the (Optical Character Recognition) OCR apps are there to help. We have tested some best OCR apps on Samsung Galaxy S10 Plus and listed them on the basis of their features and functionality. Check them out.

Without any further ado, let’s check out some of the best OCR apps from the Play Store.

Google Keep is the simplest way to convert the images into the text to go paperless without any hassle. This official app from Google packs some neat tricks and offers lots of creative uses as well. Along with the feature of OCR. The best part of the Google Keep is that it allows you to keep the original file as it is while allowing you to access the text in another file or document. Not only this, there are also a number of other amazing features that you don’t want to miss.

Next, to the Google Keep in functionality and features. Text Scanner (OCR) is something the best that you can get to extract the text from an image. The app claims to offer some best features. That you cannot get under another title including the support for more than 50 languages, ability to access URL, numbers immediately in the image with the fastest performance and highest accuracy. Not only this, the app offers the best user interface for your ease. Yet another OCR app for your text extraction is the Text Fairy that does work magically like a fairy. Whether you want to convert an image into a text or want to correct the viewpoint of an image, Text Fairy is the best thing that you can have. The app comes with loads of impressive features including scan pages into PDF files, editing the extracted texts and much more. Under the official line of apps from Microsoft, Office Lens is yet another best OCR app for your use. The app comes with the beautiful interface and with some decent features including organizing the images and texts, increasing the productivity and much more that you don’t want to miss.

Bringing some really impressive features like recognizing texts from images. Copy/paste texts on the screen, cropping and enhancing images and much more, OCR Text Scanner is the next best app for the text extraction purpose. The app comes handy for the task while offering the best user interface and support for over 50 languages. 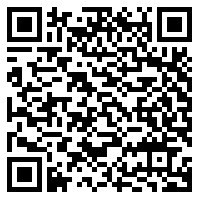 The Adobe Scan App for Samsung Galaxy S10 Plus turns your phone into a powerful portable scanner. That recognizes text automatically (OCR). Turn anything receipts, notes, documents, pictures, business cards, whiteboards into Adobe PDF with content you can reuse.

Go paperless with these Best OCR apps for Samsung Galaxy S10 Plus!