Got your Samsung Galaxy S7, S8+ or the latest S9+? Sorry to say that your brand new phone is obsolete. Yep, you have heard it right because all the latest Android phones come with the Android 8.0 Oreo, but the Google launched its latest version of operating system earlier this month and this latest version of the Android – Android P. And yes this latest Android 9.0 comes with loads of drastic features and slight visual overhaul. These drastic features include:

Already want to taste the new flavors of the Android P version? This launcher app will help you to enjoy the latest features and tools that are added in the Android 9.0 update. This app will make your phone look like the latest modern Android P 9.0 phone, and let you use your phone more efficiently.

Although this is not an official app by the Google, but still, it functions so well that it will make you feel like you are using the official version of Android P. The launcher app offers every feature that the Android P 9.0 update is boasting of and it’s that simple. Here’s what you can expect from the app.

The launcher app features the support 5000+ launcher themes and almost all third-party icon packs (icon pack) so that you can never be bored of the single theme on your phone.

Useful tools like Torch, Cleaner, Battery saver, Storage manager and Favorite apps are packed on the side screen for the easy access. 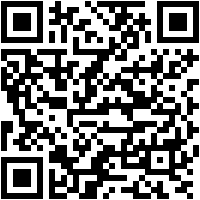 Don’t wait for the official Android P update to get on your Samsung Galaxy Phone, simply download this Android P Launcher app and enjoy the latest Android P features on Galaxy S7 Edge, S8 Plus, S9 Plus, Note 8 etc.