Angry Birds, well, I think this name does not need any kind of introduction. From children to geriatric population, all the people are equally fond of this amazing physics game. The game is the masterpiece of company called Rovio Entertainment. The game, Angry Bird is known and famous for its successful combination of fun gameplay, comic style and low price. All these features of this game have led to the number of amazing versions of Angry Birds.

And that is the reason why I am writing this. Today, this article will cover the Top 5 Official Versions of Angry Birds Games that are tailored for Galaxy S7 and Galaxy S7 Edge.

Starting from one of the best Galaxy S7 Angry Birds games, Epic is on the top of the list. You should have this game on your Galaxy S7, if you do not want to miss the adventurous and epic journey of the feathery team. Get ready to explore the piggy islands with your heroic flocks of warriors. The game is loaded with the features like Epic locations, epic characters, epic weapons, epic humor and epic upgrades that can enhance your Angry Bird experience all together.

This Rio version of Angry Birds is mine favorite too, and I am sure you will also like too because of its amazing storyline and features. You need to save your Angry Bird friends that have been kidnapped and have taken to the magical world of Rio. With the help amazing power-ups, mighty Eagle and power potion, you can save your friends in 320 fun levels. Plus, there are hidden bonuses too. so to get all such fun, you need to download this game on your Galaxy S7.

Next amazing official version of Angry Birds is Angry Birds Space. The game is number one among the space games that offers you with the bird-is-tic fun at 10 planets including at your solar system too. With more than 300 interstellar levels, you can have the fun and unique experience of Angry Birds this time. You can worth your time with the amazing new powers of each bird, hidden bonus levels and much more. To explore more, download the game from Play Store. 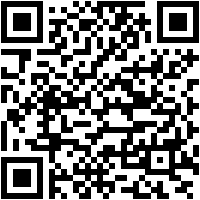 Have you ever seen alien robotic birds? If not, then you need to check this another amazing version of Angry Birds. Angry Birds Transformers have their amazing robotic powers with the robotic weapons like lasers, cars etc. but you need to help them to save their Piggy Island with the amazing powers, upgrades, vehicles and much more. 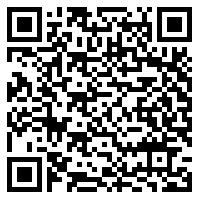 Get the adventures of Star Wars combined with the Angry Birds. Help the Angry Birds to save their PIG STAR from the attack of Rebel Birds. In this game, you will face off against the terrifying Darth Vader, Dark Lord of the Pigs. Can you survive? Yes you can with the help of secrets and hidden goodies, improve skilled birds, the Mighty Falcon and tons of more. You need to explore all such with this amazing game on your Galaxy S7.